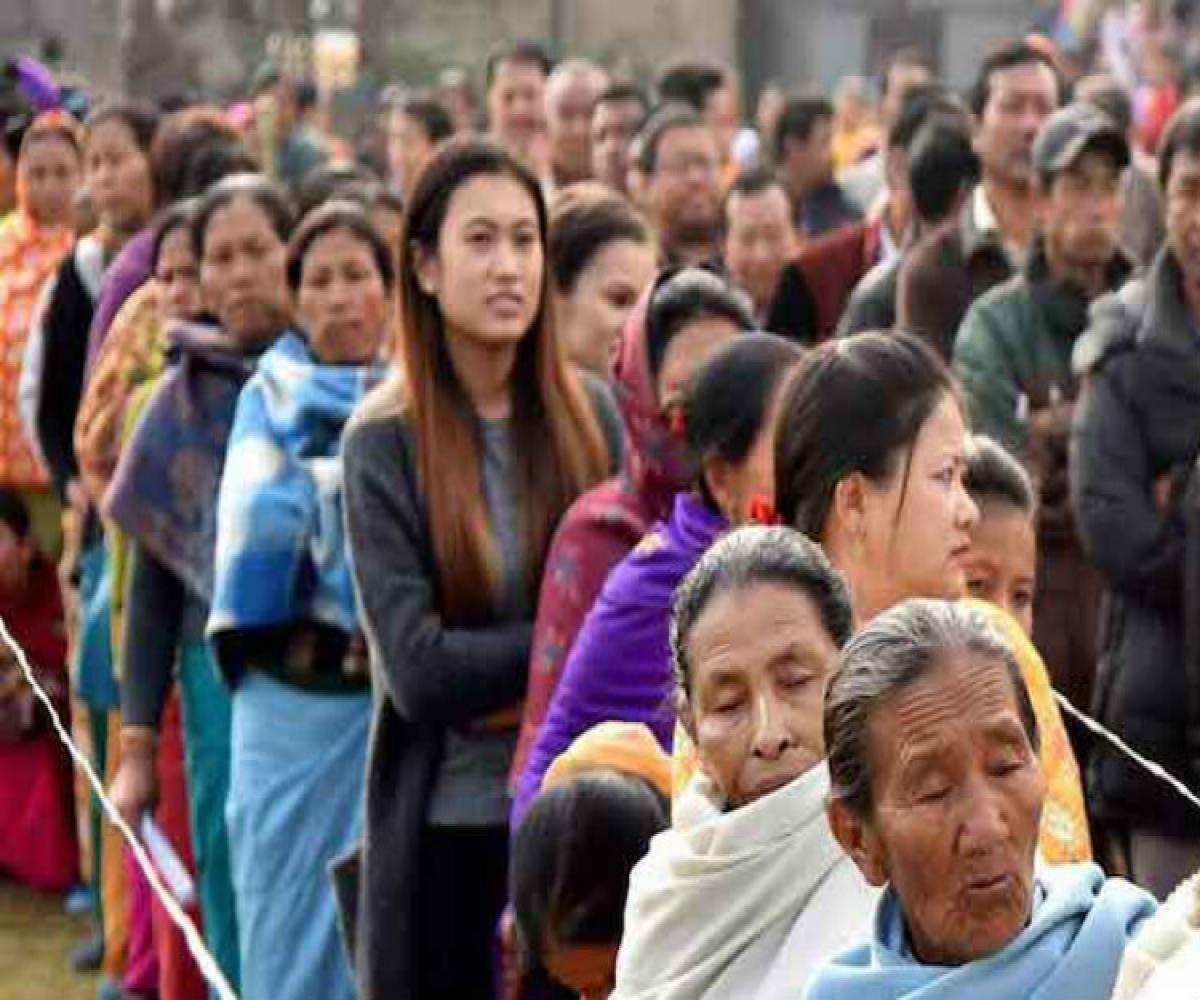 PTI / Image for representation
Putting up a spectacular show, the BJP and its ally, the Indigenous People’s Front of Tripura, were headed for a landslide electoral victory in Tripura on Saturday, ousting the CPI (M)-led Left Front that was in power in the state for the last 25 years.
As per the latest trends of all 59 constituencies, the Bharatiya Janata Party (BJP) was leading in 32 seats while the tribal party was ahead in eight after the first and second round of counting of votes.
The BJP had no MLA in the 60-member House and had got only 1.5 per cent votes in the 2013 assembly elections.
According to the trends of the results, BJP-IPFT alliance were headed to secure 40 seats, nine seats more than the simple majority figure of 31. The Left Front was leading in only 19 seats.
“We are happy with the trends in Tripura where the BJP looks like forming a government with 40 or more seats,” BJP General Secretary Ram Madhav told reporters in Agartala.
He conceded that the CPI (M) gave a good fight in Tripura but people voted for change to throw up “a revolutionary verdict, a historic verdict”.
In the 2013 assembly elections, the Left Front had secured 50 seats. The Congress, which had 10 members in the outgoing assembly, has failed to even open its account this time. Many of its candidates may even lose their deposits.
A three-tier security is in place in 20 locations across the state where 59 counting halls have been set up to count votes.
The Election Commission has appointed 47 general observers and eight police observers to oversee the counting process.
A total of 290 candidates, including 23 women of the ruling CPI (M), Communist Party of India, BJP and Congress and many independents, were in the fray.
Polling in Charilam (reserved for the tribals) was deferred to March 12 after CPI (M) candidate Ramendra Narayan Debbarma died a week before the February 18 polls.
Over 92 per cent (excluding 50,700 postal ballots) of Tripura’s over 25 lakh voters cast their votes on February 18 in a peaceful election, setting a new record in India’s electoral history.
Show More
Share
Facebook Twitter LinkedIn Pinterest Reddit WhatsApp Telegram Share via Email Print

India has never accepted 1959 definition of LAC with China: Govt