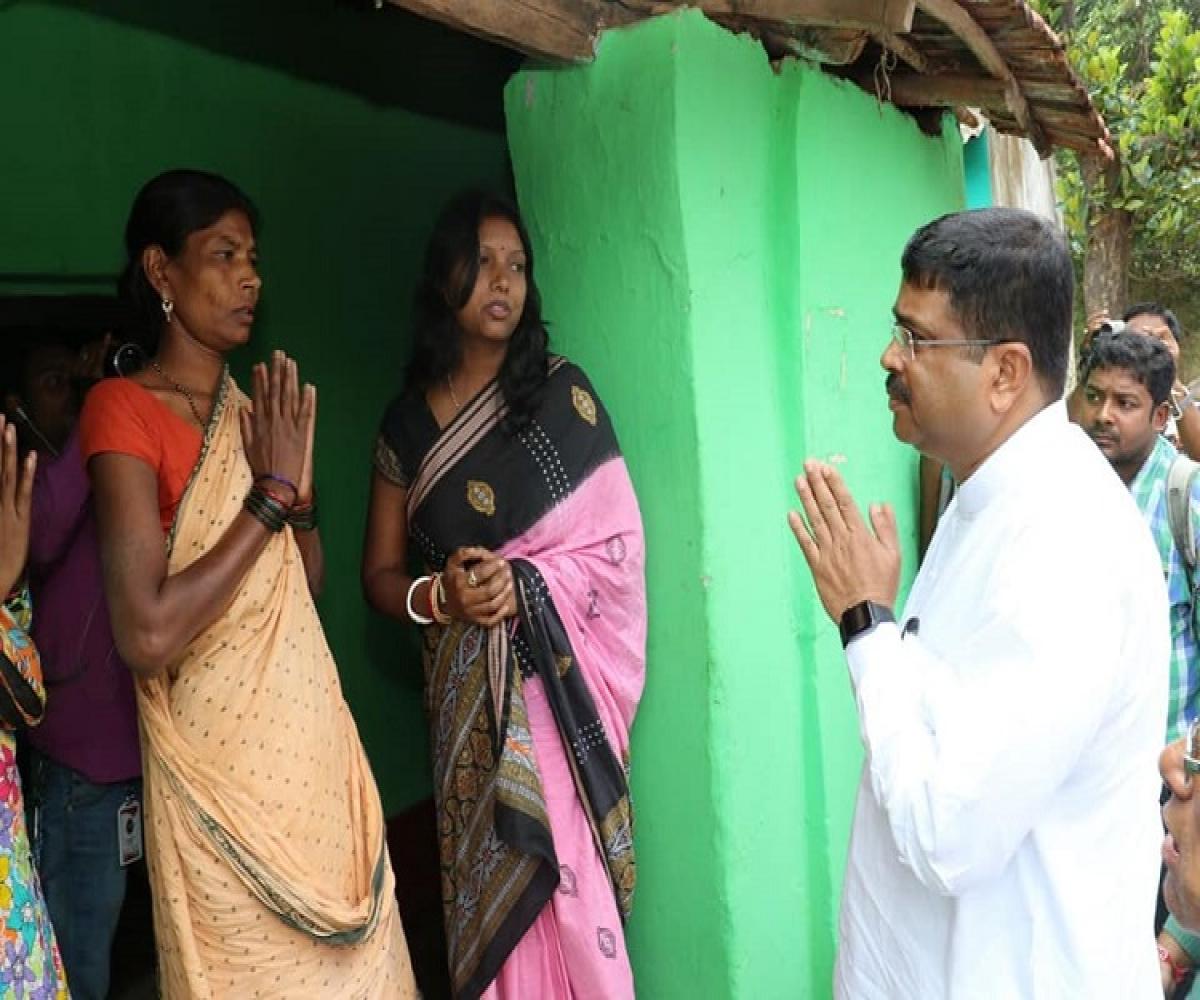 Image: Facebook
Union Minister Dharmendra Pradhan, who hails from Odisha, on Monday said that the state will give a befitting reply to Andhra Pradesh over the border dispute through developmental works.
Pradhan, who visited the disputed Kotia group of villages, said they are integral parts of Odisha.
Both Odisha and Andhra Pradesh governments lay claim over the border villages, located in Pottangi block of Odisha’s Koraput district.
Pradhan said he will submit a report to Prime Minister Narendra Modi and hold discussions with Odisha government for the overall development of the region.
“Kotia is an integral part of Odisha and we will have to develop it. I will submit a report to Centre and discuss with the Odisha government for overall development of the region,” he said.
The local residents are mostly people belonging to Kondh tribe.
Kotia has been in headlines since January after a team of Andhra Pradesh government visited few villages in Kotia panchayat and launched their welfare programmes and distributed old-age pensions and blankets to a few beneficiaries.
This was reportedly done in a bid to motivate them to be included under the Janmabhoomi scheme launched by the Andhra Pradesh government.
Vizianagaram Collector Vivek Yadav and other officials attended a programme to observe ‘Maa Uru’ or Janambhoomi at Kotia, which is generally observed in Andhra Pradesh from January 2 to 11 every year.
Kotia Panchayat has 28 villages of which, 21 villages are on disputed zone between Odisha and Andhra Pradesh.
At the time, responding to the allegations by the Odisha government, the Vizianagaram district administration said that there was nothing wrong in handing out freebies to residents of the disputed area.
As border dispute escalated between the two states, the Odisha government has also taken up several developmental works in these villages, including laying roads in many areas.

Speed up the relief and restoration works in rain-affected areas: Minister KTR to officials

Land registration in Telangana set to go online from Oct 29