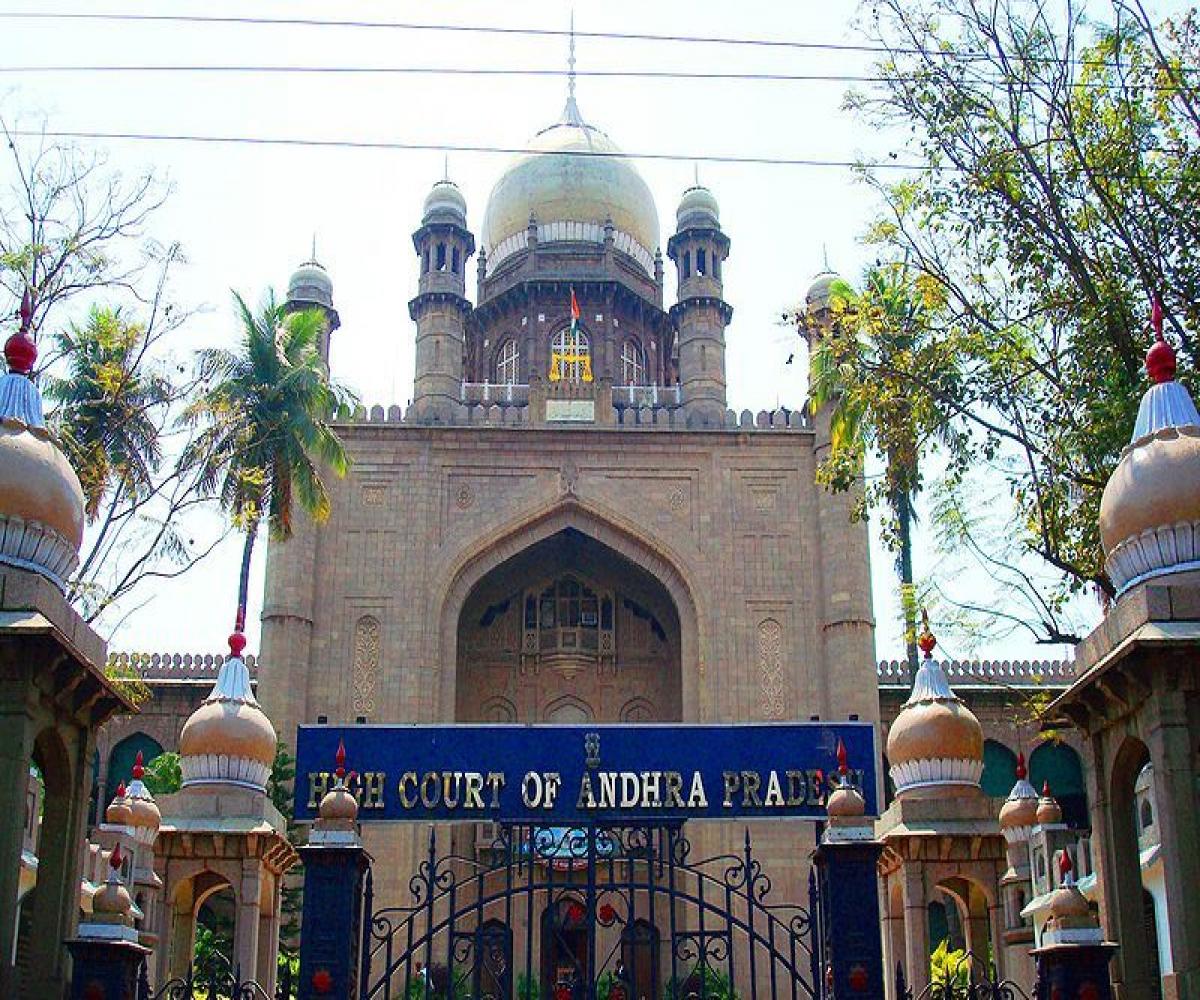 Image: Hyderabad High Court (Wikipedia Commons/Cephas 405)
The temporary High Court of Andhra Pradesh is likely to be situated in the Vijayawada city civil court complex, as a delegation of judges visited the spot, but are yet to take a final decision.
The judges were looking at a proposal by the Capital Region Developmental Authority (CRDA), that proposed that the interim HC come up at ‘Justice City’ in Amaravati, where the civil courts are presently situated.
The idea was also pitched to Chief Minister N Chandrababu Naidu by CRDA Commissioner Cherukuri Sreedharat the Secretariat at Velagapudi during a weekly review meeting on Monday evening.
However, the proposal triggered off anger among advocates in the state’s Rayalaseema region, even as a relay hunger strike in Kurnool entered its 23rd day.
Earlier in the week, a state-appointed group of five judges visited the campus of Acharya Nagarjuna University in Guntur, and examined the area if any buildings could host the temporary High Court of the state. They also examined other structures in Krishna and Guntur districts.
Last month, lawyers from the Rayalaseema High Court Sadhana Samithi met acting Chief Justice Ramesh Ranganathan of the Hyderabad High Court and urged him to consider setting up the Andhra Pradesh HC in the Rayalaseema region.
Stating that injustice has been done to the region, the lawyers submitted their representation.
The Rayalaseema region comprises four districts – Kurnool, Kadapa, Anantapur and Chittoor. The region has several drought-prone areas and witnesses farmer suicides annually.
After the state’s bifurcation in 2014 for the creation of Telangana, Andhra Pradesh has been building its upcoming capital Amaravati on the banks of the Krishna River, with its latest target being the location of the High Court building.
The locals in Rayalaseema saw bifurcation as a chance to develop their region. However, CM Naidu’s focus on the Krishna and Godavari delta regions has irked many.
Many are appealing to Naidu to not repeat his ‘mistake’ of developing a single region between Vijayawada and Guntur while ignoring the rest of the state.