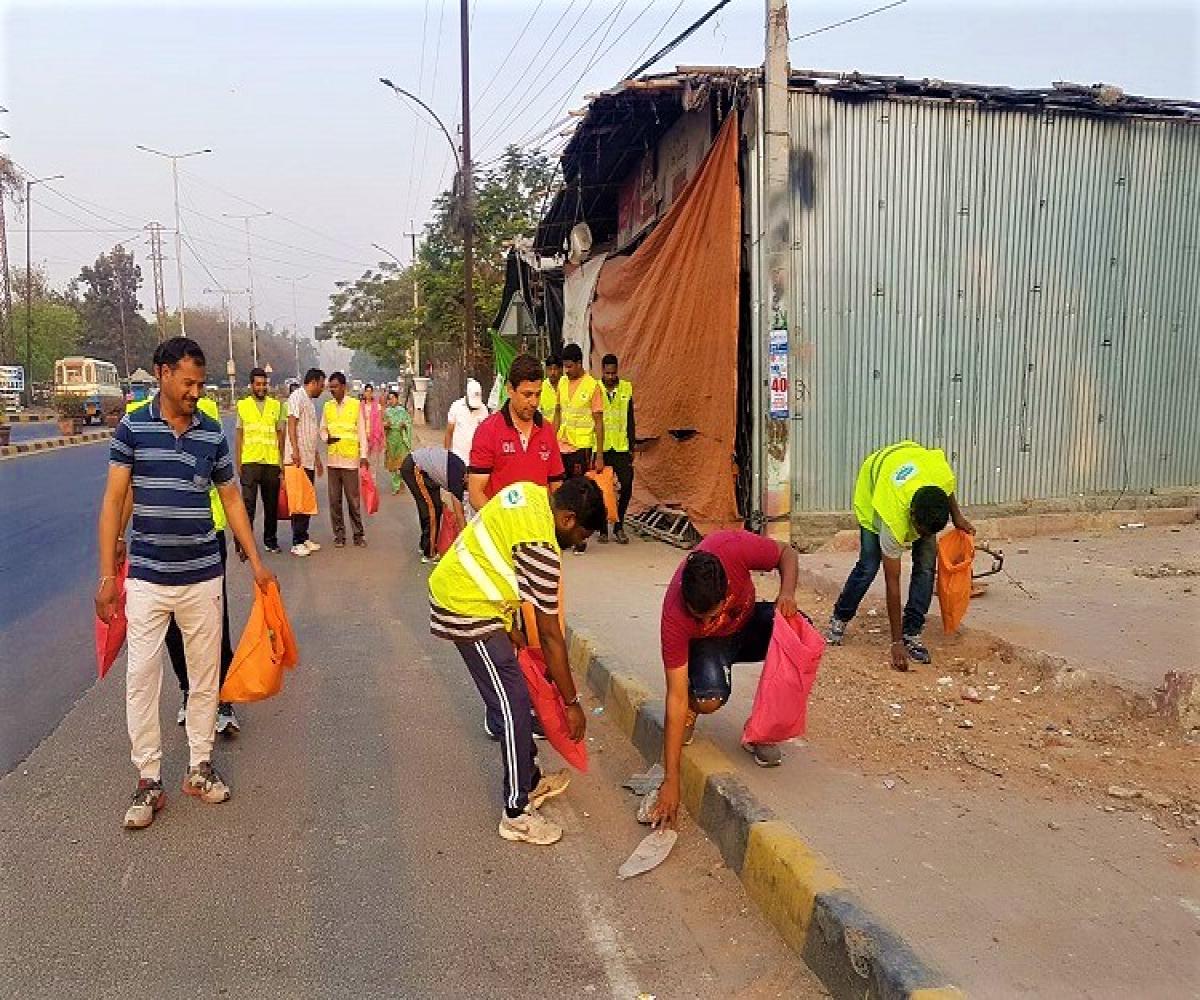 In a bid to tackle the massive amount of trash on the streets, the Greater Hyderabad Municipal Corporation (GHMC) is advising citizens in the twin cities of Hyderabad and Secunderabad to go ‘plogging’.
What is plogging?
A fitness trend that began in Sweden, it involves picking up litter while going for a walk, jog or a run.
Pointing out that thousands of people go for morning walks on the road, in parks and in playgrounds, the GHMC hopes to inspire people and make it a habit to pick up litter, such as plastic bottles and waste paper, and dispose them in a nearby bin.
“The GHMC Commissioner stated that around 22,000 sanitation workers are taking up sanitation work every day in the entire area of the twin cities, but due to some irresponsible people, the city is getting cluttered as negligent citizens throw waste on the roads,” the municipal body said in a press release.
The GHMC also said that it wants the public to join hands with it to help make the city cleaner and greener.
Keeping this in mind, the Commissioner directed officials to coordinate with their respective colony welfare associations and morning walkers’ associations to take up this activity.

What does it take to go plogging?
The GHMC says that all it requires is a plastic trash bag to collect the litter, along with gloves if necessary.
Besides being good for your health, it is also good for the environment, and is a pretty satisfying workout, the GHMC said.
The GHMC also quoted a survey claiming that one walker can burn 288 calories in a span of 30 minutes if they indulge in plogging.
To raise awareness, several officials of the GHMC took part in this programme at KLN Park at Sanathnagar and along the Langar Houz main road with the help of morning walkers.
While plogging is still relatively new in India, limited to cities like New Delhi and Mumbai, it is reported to be catching on.
Proposed by environmentalist Erik Ahlstrom, who called it a ‘treasure hunt’, many online groups have been formed, which host large-scale events and pick up several tonnes of trash on a weekly basis.