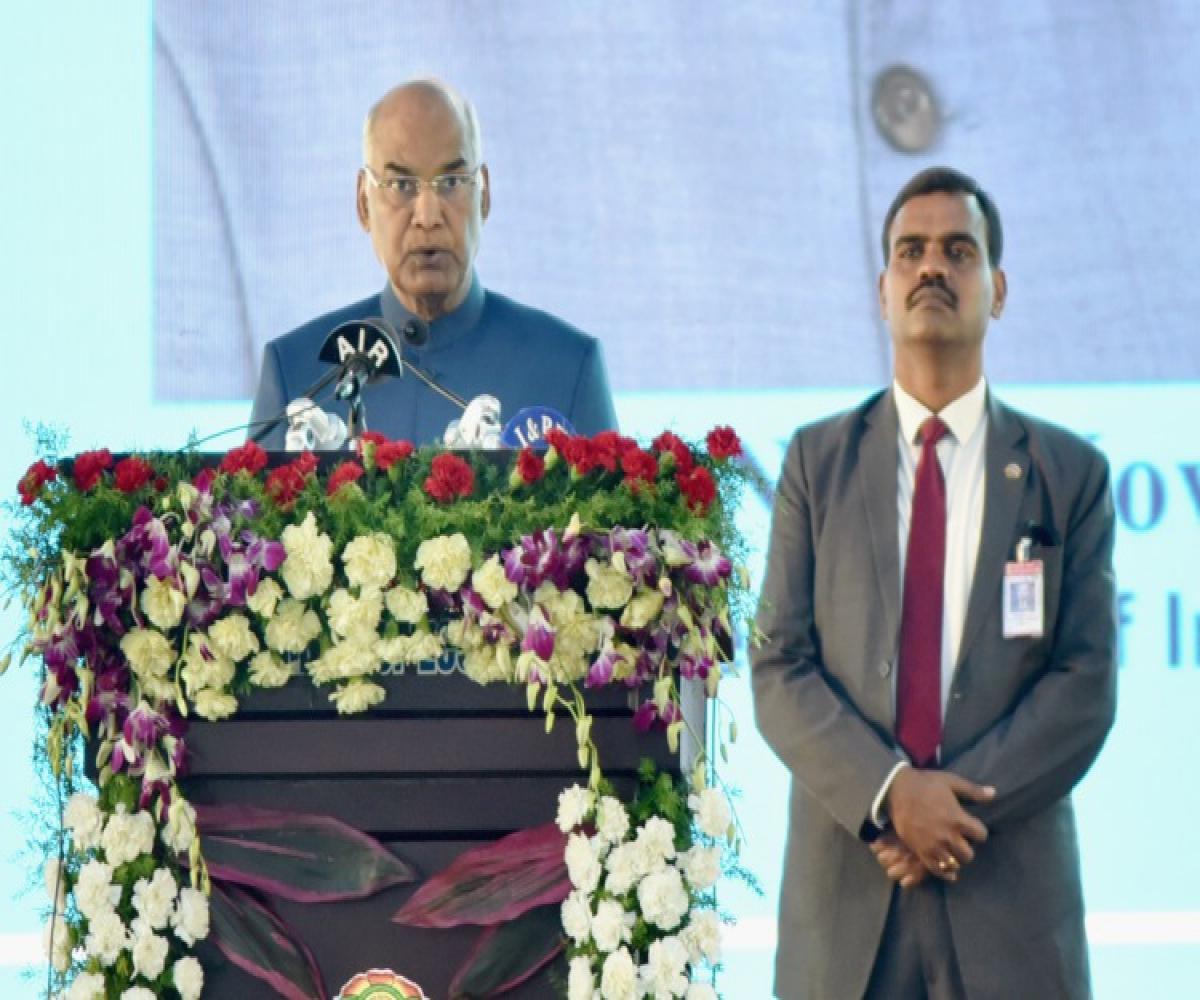 AP-P&R
In a bizarre incident, irked by the disturbance during his address at the prestigious Indian Economic Association (IEA) centenary conference, President Ram Nath Kovind had to abruptly stop his speech.
The scene occurred at the conclave that took place at the Acharya Nagarjuna University in Amaravati.
Just two minutes into the President’s address, volunteers started distributing food and snacks items, leading to chaos amongst the audience. Even as the President kept speaking, several participants and students were seen getting up from their chairs to grab their food packets.
The other dignitaries on the stage included Andhra Pradesh Chief Minister Chandrababu Naidu, AP Governor ESL Narasimhan, former RBI governor C Rangarajan, IT minister Nara Lokesh, Human Resources Development minister Ganta Srinivasa Rao, among several others.
Witnessing the unprecedented distraction that took away the attention of the audience from his address, the President abruptly paused his speech.
Seemingly equating the chaos with the current economic scenario in the world, the President made most of the audience stop and give his words a thought.
He said, “What is happening in the economic world… the same picture I see at this conference also. I think some food packets are being distributed. Of course, they are a must but that disturbed the system itself.”
The President requested the organisers to stop the food distribution for some time at the conclave.
He said, “Therefore, I request the organisers, will you please keep the distribution of food packets in abeyance for a little while.”

Binge-watching on the go: How India took to Netflix in 2017