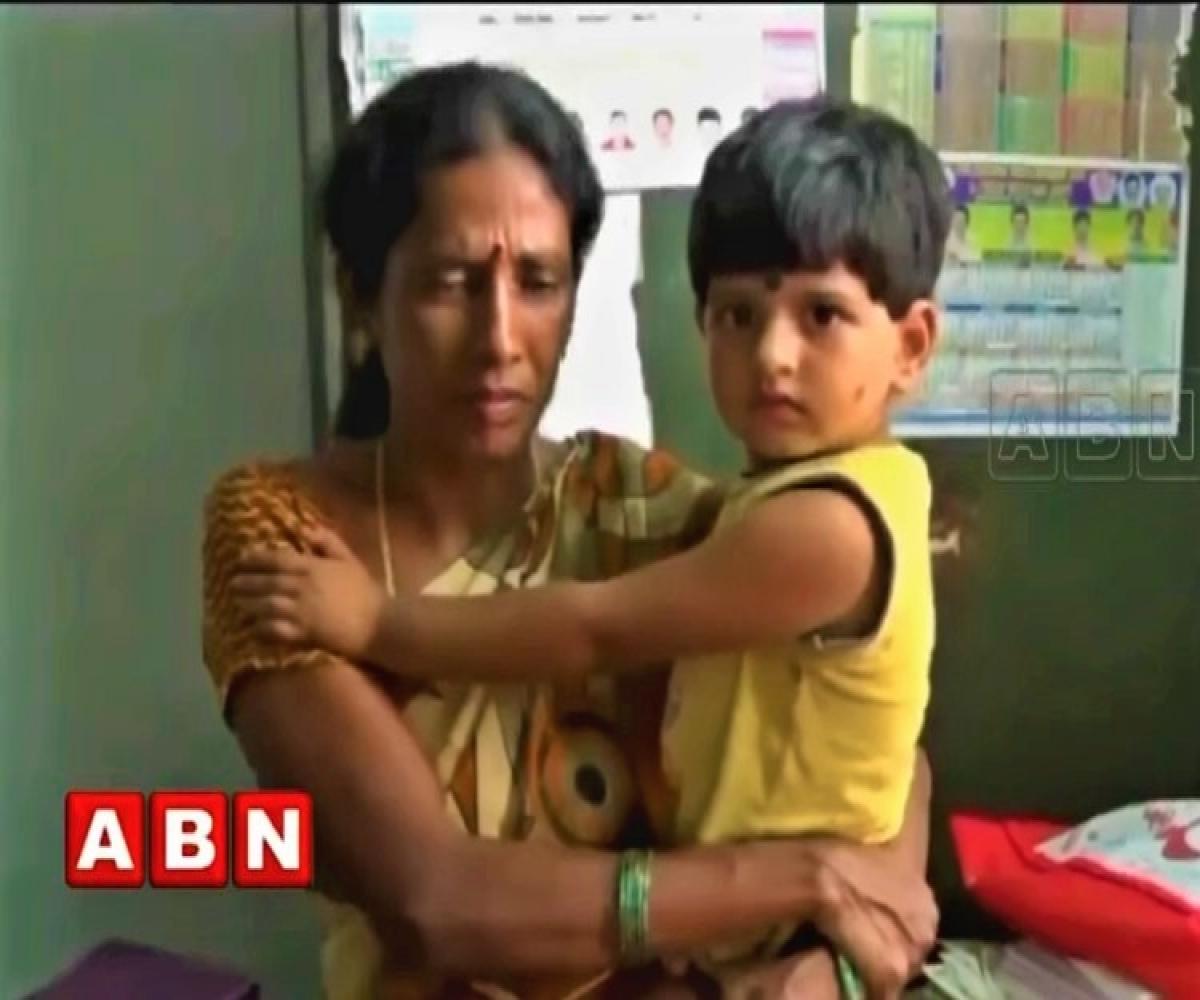 YouTube/ABN
After nearly six months, a bizarre story from Telangana will soon come to an end. While it is reminiscent of the Biblical ‘Solomon’s Judgement’ tale which revolved around two women staking claim over the same child, this story is likely to have a different ending. However, it will still be a happy one.
Four-year-old Thanvitha, the child in question, has been languishing in a welfare home for nearly half a year. But if all goes well, she will finally be united with her adoptive parents, Vemula Swaroopa and Vemula Rajendra. The two of them are elated to know that the judgement in the case is likely to favour them.
Who is Thanvitha?
Thanvitha is a four-year-old girl from Yellandhu, Kothagudem Bhadradri district in Telangana, who was taken away from her home after her biological mother, Uma, a resident of the neigbouring Manikyavaram village, approached the police on October 24, claiming rights over Thanvitha.
As both Swaroopa and Uma claimed that Thanvitha was their daughter, the police handed over the child to the child welfare department until the issue reached a resolution. Thanvitha was then sent to another welfare home in Khammam district.
The story caused quite a sensation, with Telugu news channels whipping up the melodrama. The two mothers and the child featured in the daily news, with live updates, montage shots, and even sad songs in the background.
DNA test to identify the biological mother
The authorities later asked the two women to undergo a DNA test to identify who was the biological mother. However, Swaroopa readily admitted that she was not the biological mother and that a DNA test was not necessary. She, however, asserted that she was not willing to give up the child whom she had nurtured with love and care.
Swaroopa filed a case in both Kothagudem district court and the Hyderabad High Court, claiming rights over the child. The locals and women’s groups rallied behind Swaroopa’s ‘rightful’ claim since she had raised the child so affectionately.
During the course of the case, it emerged that the child’s biological parents had approached a Rural Medical Practitioner (RMP) for an abortion when Uma had been pregnant with Thanvitha. The RMP had advised against the procedure since Uma was in the fifth month of her pregnancy and had suggested that they give the baby up for adoption instead. He claimed that he’d later approached Swaroopa who’d agreed to adopt the baby. The RMP’s story was backed by Swaroopa.
Despite the animosity between the two mothers, the long legal process ended up making them come together for an amicable solution.
Speaking to TNM, Uma’s husband Malothu Bao Singh said that he is fine with Thanvitha going back to her adoptive family.
“It is better that she (Thanvitha) goes back to them than suffer in that Home (child welfare home),” he said.
Although his wife Uma didn’t agree with her husband’s views, she expressed her angst against the judicial system which has been delaying the verdict for so long.
“Why are they taking so long? Either they should give the daughter to me or to them. My paapa (baby) is suffering there like an orphan,” she lamented.
Meanwhile, reports say that Uma recently submitted a letter in the Kothagudem district court,  giving full consent for the child to be raised by Swaroopa and Rajendra.
Pleased with the prospect of a favourable judgement, Rajendra told TNM that they are really relieved that the torment they’ve experienced in the absence of their daughter will soon come to an end.
“My wife slipped into extreme depression. She even thought of committing suicide. At least now something good is happening. My lawyer advised us that mostly the decision will favour us, as the biological mother has given her consent,” Rajendra said.
“These six months were traumatising as we were dealing with the case. We couldn’t even see our daughter once. Somebody told us that our daughter had become lean. It was a bad phase. Really a nightmare,” he added.
Uma alleged that she spent nearly Rs 3 lakh during this whole process of fighting the case.
“I spent a lot of money. I don’t have any more money left,” she said.
Read also: How a custody battle between two mothers, has left a child in Telangana heartbroken

Breaking down Andhra's Budget: Why the state needs Centre’s assistance

Not paid for almost a year, Country Club employees in Hyderabad write to KTR