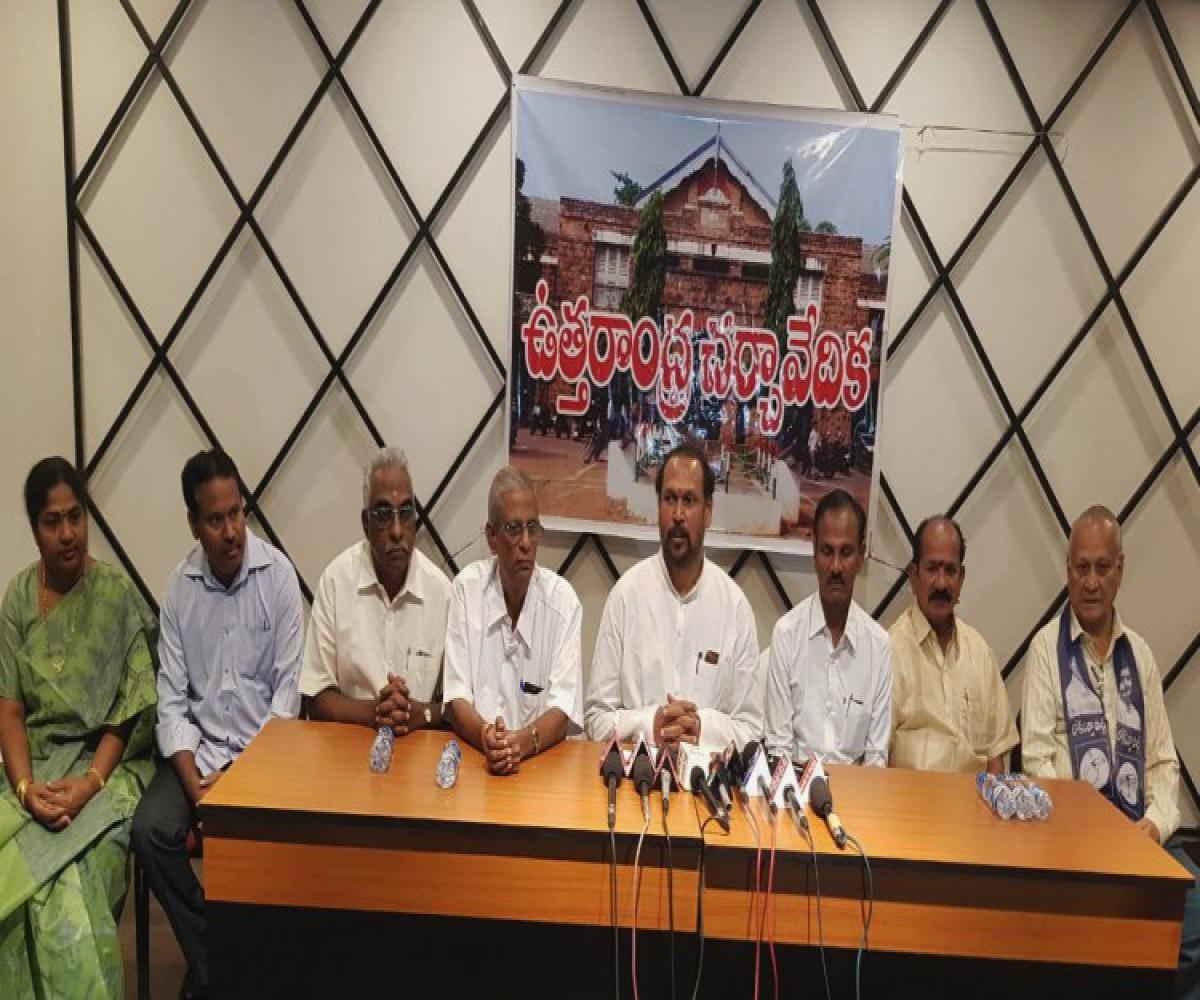 By arrangement
Andhra Pradesh is currently facing a political upheaval. While the ruling TDP is seething as their ally BJP at the Centre refused to allocate enough funds to the state in the Budget, the opposition is taking the opportunity to point fingers at the Chandrababu Naidu government. Questions are being raised – Did they do enough to get money into the state? Did they push their ally for special status for the state? And do they have it in them to protect the interests of all of Andhra Pradesh?
It’s not just the usual suspects though who are up in arms. The TDP – and the other political parties in the state – may soon have to deal with a new contender. Former minister, former Congressman, and former YSRCP leader, Konathala Ramakrishna, has now announced a massive blitzkrieg in Uttarandhra – the Jana Ghosha Campaign – under the banner of his organisation, the Uttarandhra Charcha Vedika (UCV).
As the campaign is set to begin on Monday, observers say, this could just turn into Konathala’s poll plank in the next elections.
Speaking to TNM, Konathala said that the UCV plans to take up the issue of lack of development in the backward districts of the state.
“The Vedika is a collective platform of organisations which fight for the development of seven backward districts in Rayalaseema and Uttarandhra, along with the larger issues of Andhra Pradesh such as bifurcation promises,” Konathala said.
Criticising the Andhra Pradesh government for non-fulfilment of promises, he said, “During the bifurcation, several promises were made in the Parliament and in the reorganisation act. However, the BJP government backed out of their promises. And despite being in power for four years, the Andhra Pradesh government has failed to take what was due to the state.”
“The Andhra Pradesh Reorganisation Act, 2014, categorically stated that special packages will be given to the backward districts in the state to the tune of funds received by Bundelkhand (in UP) and Odisha’s Koraput-Bolangir-Kalahandi (KBK). While these areas were given thousands of crores, the seven districts of AP only received Rs 350 crore,” Konathala said.
The former minister further added that the seven backward districts of Andhra need Rs 2,400 crore of Special Central Assistance, and said that his organisation will fight for this during the Jana Ghosha campaign.
Alleging that some regions of the state were being neglected, Konathala added, “There should be equal sharing of development. Otherwise, it excludes already neglected areas from the radar. Some of the issues we will demand are the setting up of a High Court at Kurnool and a steel plant at Kadapa.”
“Our core objectives are decentralisation of development and curbing of regional disparities within the state,” he added.
However, the UCV chief remained tightlipped about any political ambitions, and claimed the organisation was not interesting in joining hands with political parties.
When asked if the Uttarandhra Charcha Vedika would combine with Pawan Kalyan’s JAC, he replied, “We are ready to work with any platform that resonates with our core ideals, as long as it is not an offshoot of a political party.”
“Right now, we are only concerned about our core objectives. We can’t talk about future at present,” he said.
The campaign, which will continue until February 28, will fight for a Special Category Status (SCS) for the region, and setting up of Vishakapatanam Railway Zone, among other things.
Show More
Share
Facebook Twitter LinkedIn Pinterest Reddit WhatsApp Telegram Share via Email Print