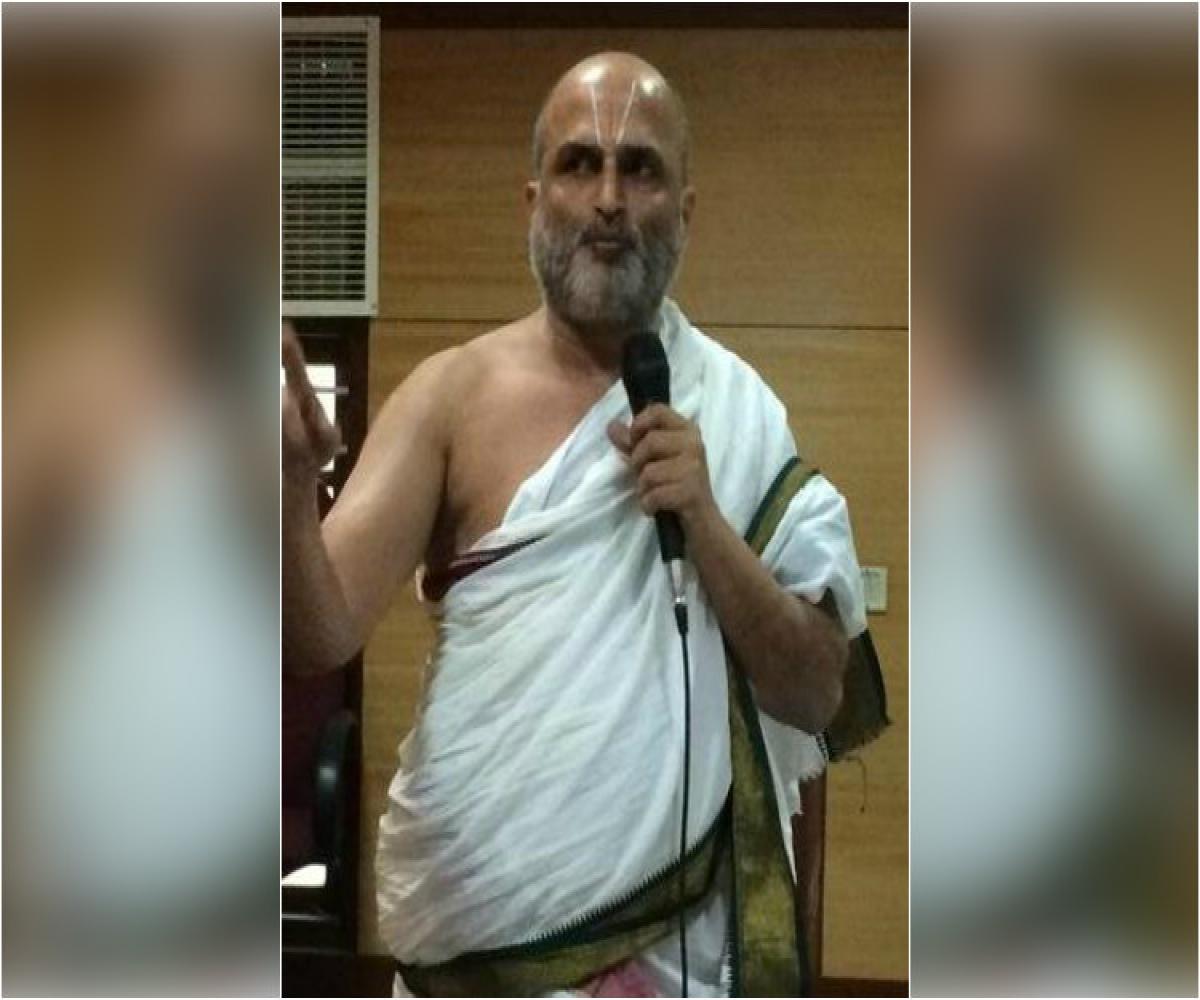 In a bizarre statement, CS Rangarajan, the chief priest of the Chilkur Balaji temple in Telangana said that if any devotee wished him ‘Happy New Year’ in the temple premises on January 1, 2018, he would make the devotee do sit-ups as punishment.
He also said that observing New Year is against Hinduism, and asked Hindus to observe Ugadi, the Telugu New Year.


Speaking to TNM, Rangarajan defended his statement, and said that he is glad that his remarks have gone viral.
“Every year I say the same to the devotees during the months of November and December, but this is the first time that my view has got a wider reach,” he said.
Defending his stance of punishing devotees, he said, “I am like a teacher in the temple, the devotees are students. I have a right to be offended If someone wishes me Happy New Year. Ugadi is our New Year, not January 1.”
He added that ‘Hindu culture’ is being eroded bit by bit.
“There is a need to uphold the Hindu culture. With each passing generation, we are forgetting our culture. There is no need for others to convert us. We ourselves are ignoring our culture and putting it in jeopardy,” the priest remarked.
Rangarajan said that it was ridiculous for temples money to spend money on January 1 to decorate them, as it has nothing to do with the Hindu religion. “Even many churches don’t conduct midnight masses on the eve of New Year. This is just a mass frenzy,” he said.
However, he is not the only one opposed to the idea of celebrating the New Year and having celebrations in temples. The Andhra Pradesh endowments department recently issued a circular directing temple managements to ban the practice of decorating the temple and holding special darshans to signify the New Year.

Democrats call for John Bolton to testify in impeachment trial