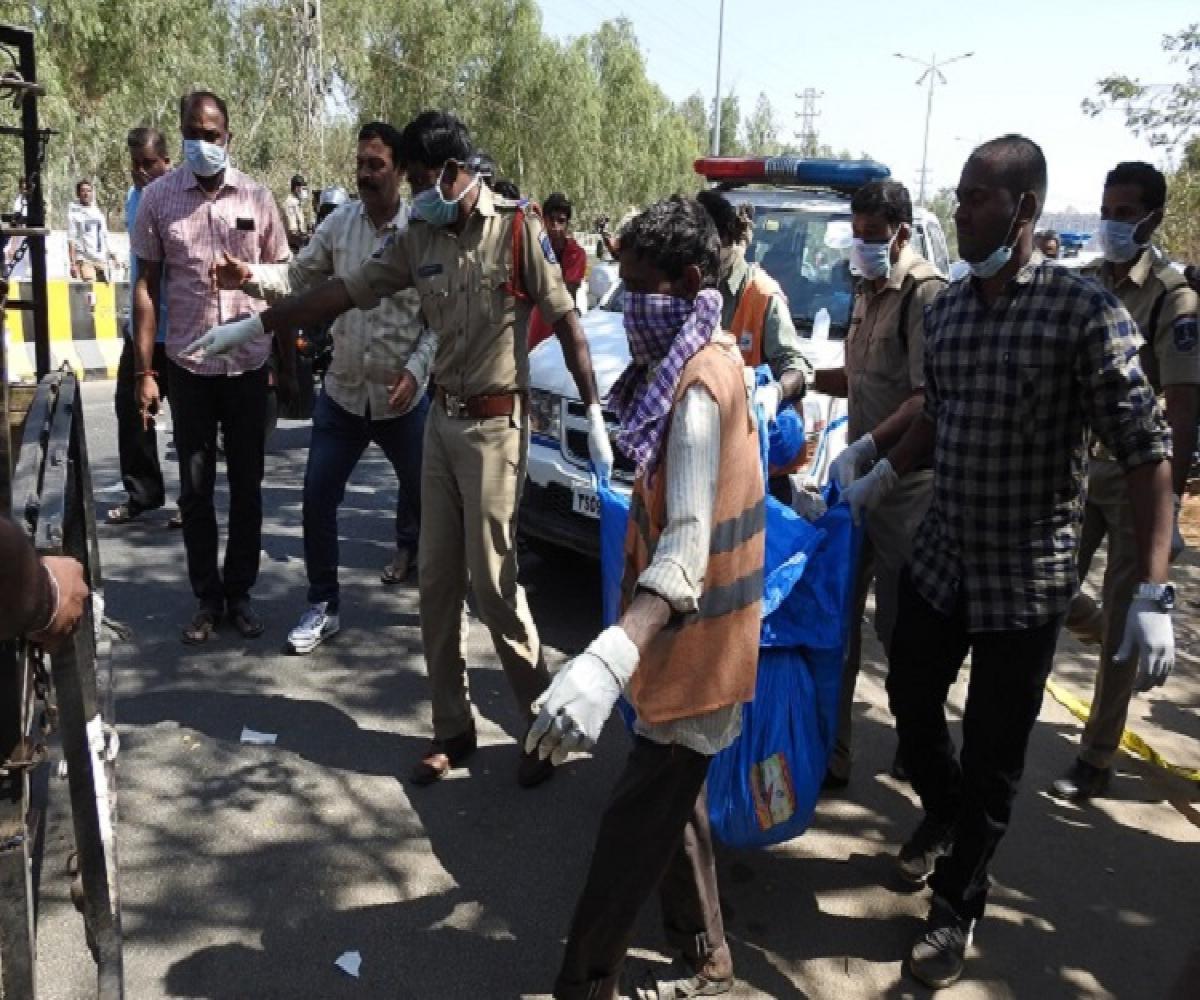 Image: Nitin B
Hours after the body of a woman was found chopped into several pieces and dumped in Hyderabad’s Kondapur area on Tuesday, the police have confirmed that she was 8 months pregnant.
The body was found at Sri Ram Nagar, next to Botanical Gardens, which is situated close to the city’s IT hub.
The police said that the woman was killed at an unknown place two to three days ago, and her decomposed body was dumped on the road later.
“The lady is about 5 feet 4 inches tall, medium built, about 30 years old, round faced and has a fair complexion. She was eight months pregnant. She wore a maroon colour kurta, red colour pyjama, silver toe rings, maroon colour bangles and a copper finger ring,” the police said in a press release.
The Cyberabad police, which is investigating the case, also said that the woman appeared to be from Uttar Pradesh, Bihar, Odisha, Jharkhand or Chhattisgarh.

“The Cyberabad police requests all doctors, mainly obstetricians and gynecologists, to inform us if any lady with such a description came for consultations. Flat owners or neighbours can also provide clues if they have seen a similar dress or came to know about a missing pregnant woman,” the police added.
The police are also looking at CCTV footage to ascertain if any vehicle passed the area at night, and may have dumped the bag at the spot.
The body was found around 7.30am by two workers of the Greater Hyderabad Municipal Corporation (GHMC) as they did their morning rounds to collect garbage.
After a police team collected forensic evidence from the spot, the body parts were sent to the Osmania General Hospital, where an autopsy was conducted.
The gruesome murder has left the area in a state of shock, as it is situated close to the IT Corridor, where several MNCs are located.

TRS, Kishan slam each other as campaign ends on Oct 27

KTR comes under flak over violation of rules by TRS