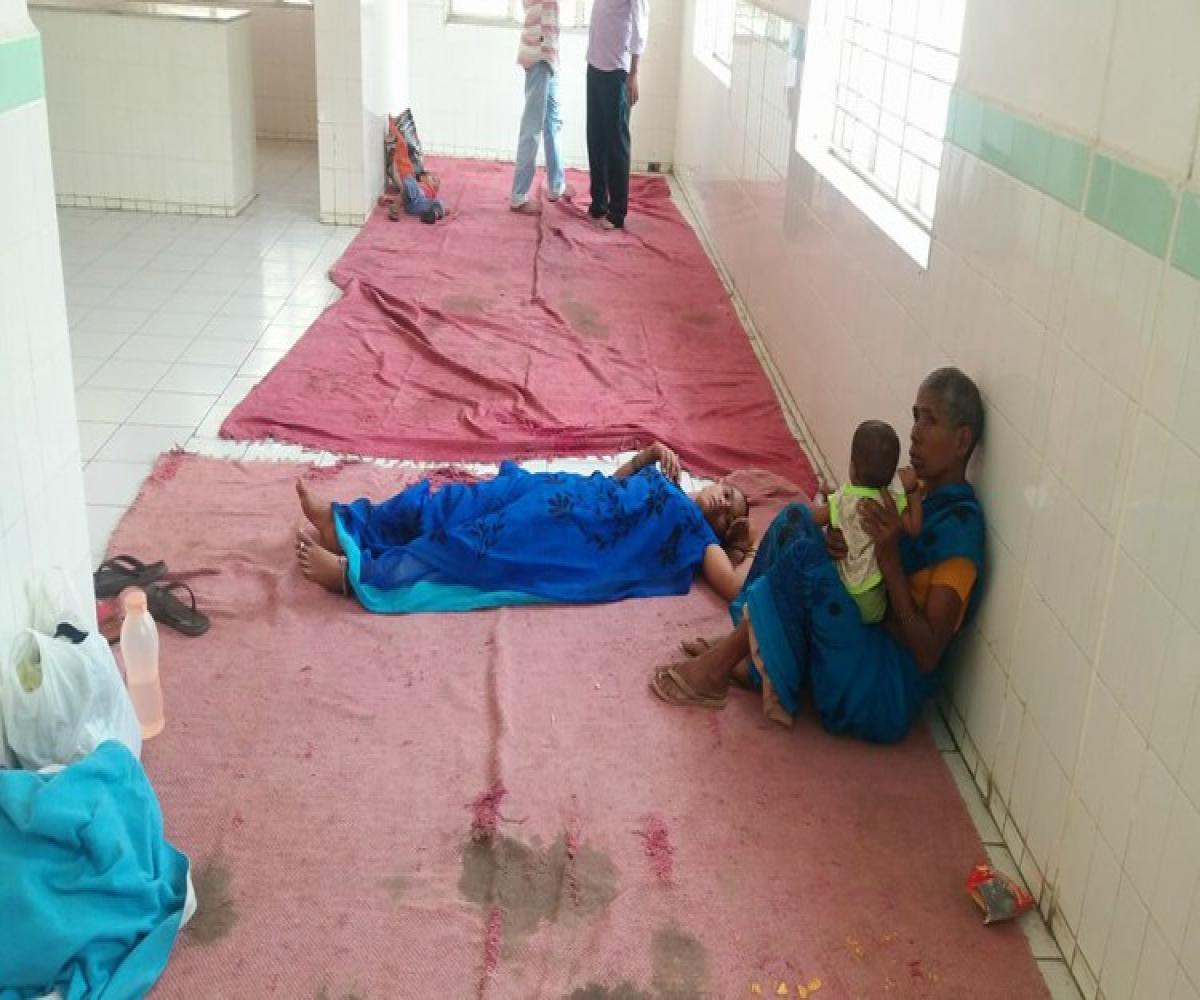 As many as 60 women patients were forced to take rest on the floor in the Miryalaguda area hospital on Thursday. Due to inadequate beds in the hospital, patients who had just undergone family planning surgery and double puncture laparoscopy (DPL) were made to sleep on the floor.
Crying foul over the lack of even basic facilities like providing a bed, activists from DYFI staged a protest at the hospital. The activists demanded to know why the hospital had not improved the facilities available if the hospital had a heavy influx of patients.
Speaking to TNM, Ravi Nayak, an activist from DYFI, said that the hospital should have ensured that they had the required facilities to cater to the needs of the patients.
“Is it right that a patient who just underwent a major surgery is made to sleep on the floor? If the hospital attracts many patients, why don’t they increase the numbers of beds? This is a serious concern. The authorities should take necessary action to prevent such incidents from recurring,” he said.
TNM sought clarification from the Nalgonda District Medical and Health Officer on the issue.
Speaking to TNM, DMHO Dr Bhanu Prasad said that it was impossible for the administration to accommodate patients who came for family planning and DPL as the beds were already occupied by general patients.
“We follow the Supreme Court order; as per the norms we conduct the surgeries in two batches – 30 in the morning and another 30 in the evening.”
“It is a regular operation and doesn’t require more than an hour’s rest. As there were no beds available, we made arrangements for them on the floor.”
The DMHO explained that the hospital was witnessing a huge influx of patients as it had not performed family planning operations in the district for nearly a year.
Reacting to the protests, he said, “We have been performing the surgeries the same way for many years. I don’t know why it is blown out of proportion now.”
“What can we do if there are no beds!” the DMHO added.

Together we shall conquer COVID 19: Governor tells doctors