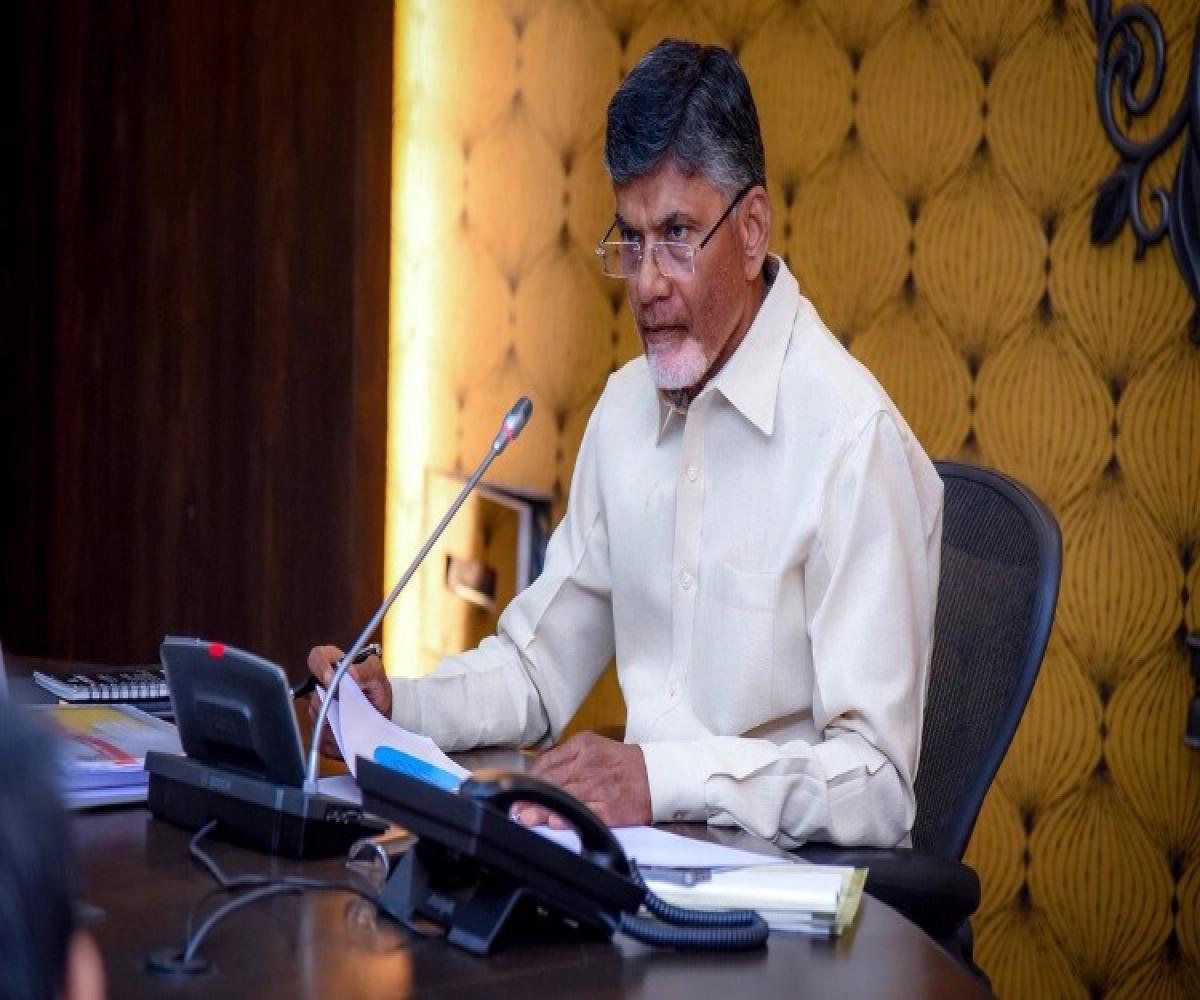 The BJP’s marriage with the TDP in Andhra Pradesh is on the brink of break-up. Divorce is just a formality.
A senior leader from Nellore district likens it to the ‘Dhritarashtra’s kougili,’ a hug from the Kauravas’ father in the epic Mahabharata. It’s an insinuation of the killer instinct of the BJP’s partner and Chief Minister N Chandrababu Naidu, which reportedly never allowed the BJP to grow in the state.
It’s alleged that Naidu maintained his proxies in the alliance camp in leadership positions so as not to let the BJP do anything which was not to his liking. The failure to hold organisational elections, which are due to take place every three years for replacement or re-election of the party state president Kambhampati Haribabu, is attributed to Naidu’s game plan. Haribabu, a close follower of Vice President Venkaiah Naidu, continued to remain in the post for the last four years, allegedly to serve the interests of the ruling partner in the state.
Barring one or two, a majority of the party district presidents favoured a change of guard and insisted that elections be held as per schedule in 2016. However, the election was put off and has not been held till today. Militant sections pitchforked party MLC and diehard RSS worker Somu Veerraju from the Kapu community as Haribabu’s successor. It triggered a Kamma-Kapu divide within the state party as those at the helm and CM Naidu belong to the Kamma community.
BJP cadres restive
Chandrababu’s grip over the BJP was so strong that he got the latter’s Vijayawada city president, a medical practitioner, suspended for launching a tirade against the TDP government for bulldozing prayer places, hurting the sentiments of Hindus, which the BJP represents, in the name of road widening during the last Krishna Pushkarams.
The BJP, which has little presence in the bifurcated state, won two MPs and four MLAs. Two of the MLAs became ministers in Naidu’s cabinet due to the alliance with the TDP in 2014. But power failed to be transferred down the line in the BJP, keeping the cadres restive at the grassroots level.
The BJP leaders at the lower levels felt they were denied a due share in power as they were not adequately accommodated in the Janmabhoomi committees, hospital and temple development committees, and other state-owned corporations. Instead, these committees were filled with only the ruling TDP functionaries. Thus, activists at the mandal and village level were denied a say in the selection of beneficiaries in implementing welfare schemes that are, although receiving funds from the central government, led by their party.
Take the case of endowment minister Pydikondala Manikyala Rao, who resigned a few days ago. He was forced to approve files relating to temple committees filled with TDP men, while his proposals consisting of his own party workers were shot down by the Chief Minister. He went to the media many a time, expressing his inability to get the Janmabhoomi committees in Tadepalligudem in West Godavari district to approve applications seeking old age pensions and houses received from people in his constituency.
Leadership wants focus on AP
“Bound by mitra dharma, we could not defend people wronged by the TDP regime all these days. Thus, we failed to take the anti-government stride in our favour and grow in the state. It’s better late than never to improve our chances to grow,” said BJP state general secretary Suresh Reddy.
Reddy was one of the senior leaders who released the “Rayalaseema Declaration” at a party state meeting in Kurnool a few days ago. He said the BJP was focusing on the Naidu government’s development paradigm centering around Amaravati leaving backward regions high and dry and will try to expand its footprint across the state in the days to come.
Exposing corruption in governance and in implementing major irrigation projects such as Pattiseema may be a part of the BJP’s scheme of things. BJP legislators like P Vishnukumar Raju and Veerraju started speaking in the language of the opposition YSRCP on the issue of corruption anticipating cracks surfacing in the alliance.
An impression persisted in the BJP for long that Naidu, if pushed into a corner in the NDA, would be a potential threat to Prime Minister Narendra Modi by way of taking the lead in stitching a third front with regional parties.
“We have no such fears now as our party, under the Modi-Shah leadership, is scripting victory even in states considered to be strongholds of the Left and the Congress,” said another senior leader.
The BJP top leadership is expected to focus on AP after the Karnataka Assembly elections, which are due next month, in an aggressive attempt to expand its base in the south. The results of the Assembly elections in Gujarat and the byelections in Rajasthan and West Bengal present a distressing picture for Modi ahead of the Parliamentary elections. This is contrary to their upbeat mood stemming from the trail of victory in the north eastern states.
Modi and Shah are in a bind over improving their numbers in the south, either on their own or by riding on the back of regional parties. Will Andhra Pradesh, Naidu’s citadel, be a game-changer in making the hopes of the BJP’s master strategists come true? Past experiences show it is a near impossible task given the party’s poor organisational structure and lack of popular base.
Show More
Share
Facebook Twitter LinkedIn Pinterest Reddit WhatsApp Telegram Share via Email Print